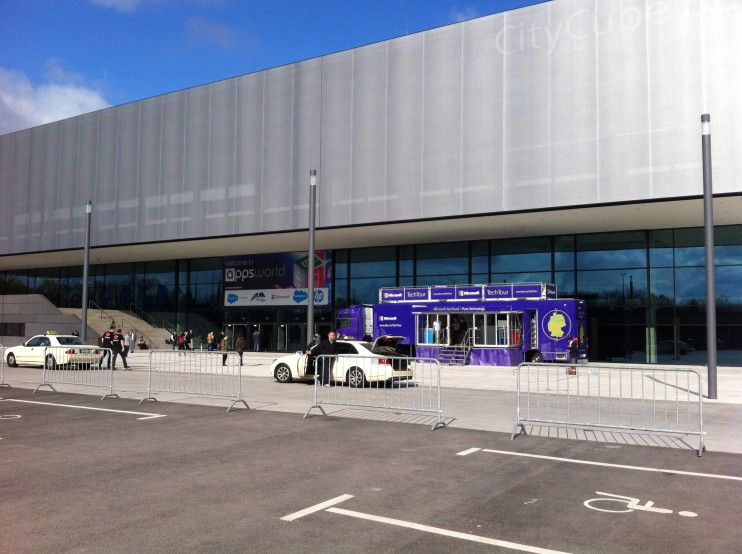 While Apps World Day 1 was focused on topics such as retention, big data and mobile trends, Day 2 was all about building a great user experience and trying to identify that distinguished edge. 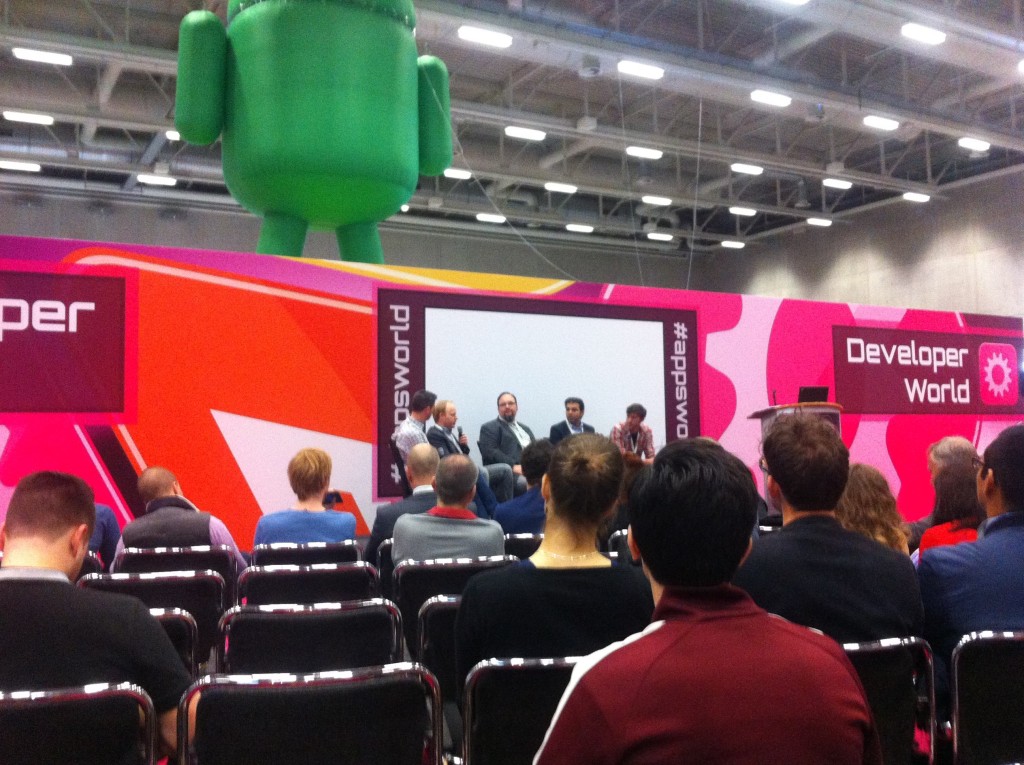 After arriving at the conference ground I headed to the Design & UX Panel, which was set to kick off at 1030. Emil Lamprecht (CMO and Creative Director, Career Foundry) was part of the panel and commented that companies should look into actually building something that is of value. Using tech to solve a user problem instead of building cool shit. Continuous growth, delivering value and building up a sustaining business are the overall goals of every product. You are not in it for the short run but to actually create something, which offers a permanent solution to a problem (e.g. Evernote). New products are build and released on a daily basis. The app store is full of products. Everyone is trying to get a slice of it. I know it may be trendy but if you invest a lot of time in the development of a product/app, I strongly believe it is important to build something that is really valuable for people and not primarily for the purpose of making some quick cash. As I was walking around through the hall I met two people currently working on new apps. I can’t say what the products are as both are in an early development stage but they are focused on really trying to make your life easier. And that’s what it is all about.

Later that day I had a short conversation with Jasson Schrock (Head of User Experience, One Football) about UX design, who was part of the panel as well. In the past Jasson has worked for the likes of Google and YouTube and has had a significant impact on the journey of Youtube. I could read between the lines and see that he really is trying to make a difference in creating an overall great experience for the customer. He left his old job and was then travelling between California and Berlin to find a workplace suitable for him and his goals. That is when One Football came around and that’s where he’s been since then.

Furthermore the panel discussed the importance of doing your research and finding out what devices you should build your app for. Ask yourself where your customers are and then accordingly plan. It would be a shame if you build an app for the Windows phone 8 and no one is actually interested in it, because your customer group is somewhere else.
When you’ve done your research put in consideration that expectations for a mobile solution compared to the desktop version of a product are different. People desire something new and fresh. It has to look different. Taking advantage of what mobile can do is important.
Mobile Development Manager from Nestle Nespresso Gian Paolo Perrucci also pointed out that with the Apple watch launching and people starting to use the apps, companies will look into rethinking their offerings. Apple watch apps are driven by simplicity. The usability will differentiate from a mobile app solution or a desktop version for instance. As the display is small and interaction limited developers and product managers have to identify key components and core features for an apple watch app. This simplicity will also result into companies investigating the actual need of a large feature set and trying to identify what features work and which don’t. Gian Paolo sees this as an opportunity to redesign mobile apps and learn from what Apple watch apps will do for customers.

Disney – A journey from TV to mobile 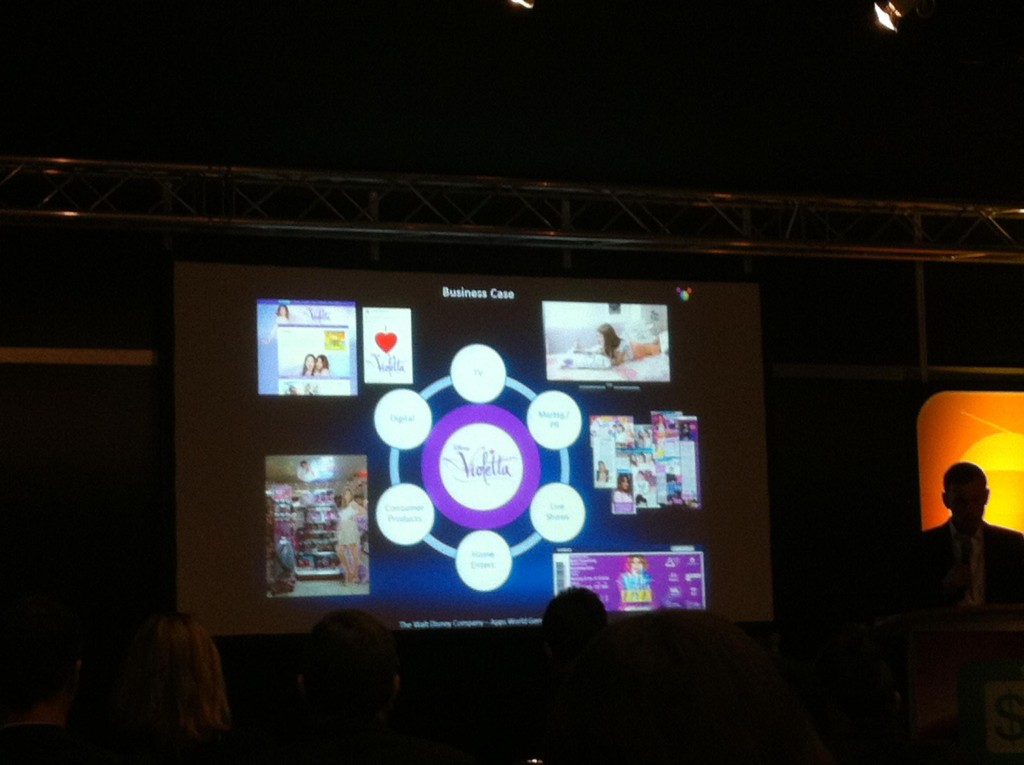 One of my personal highlights was Andreas Peters’s (Head of Digital at Disney) talk. Andreas was explaining the changing impact of TV on a case study. Violetta, which is a tv show for kids, was a great success in the US and Latin America, however failed to deliver in countries such as England and Germany. The pressure was on as an entire line of merch was in stores. Disney had to rethink their entire strategy and look into the digital space. They started with putting up 2 episodes of the show on YouTube, which brought in some very positive feedback (8 million views). Following this development, the watch app was launched in Germany and boasted one million downloads in 6 months time. Disney detected the potential of non-linear video consumption and how they can better reach their target audience.
Disney’s strategy was about keeping it simple on mobile by providing relevant content and splitting episodes of Violetta into 5 to 6 minute (phone) and 12 mins (pad) clips for instance. They identified that these session lengths (KPI) perfectly work for the target audience and their consuming habits.
With mobile extensively becoming more powerful Disney still sees linear TV & non linear Video on demand complementing each other. Mobile is key but TV will not go away anytime soon.

Asking the right questions to users

The last session of the day was an important one as Markus Grupp (Head of Apps & Service Design, Telus) pointed out how you create a great mobile web experience for your users. ALDI for instance developed a mobile web app, which had way too much content in it. You know these hamburger menus? The menu approximately consisted of 20 different layers and sub categories. Too much detail and not targeted enough. Apparently they have replaced that solution now with a new one. On the other hand you have the Apple mobile web app. It’s easy to navigate and you directly find the product you are interested in. 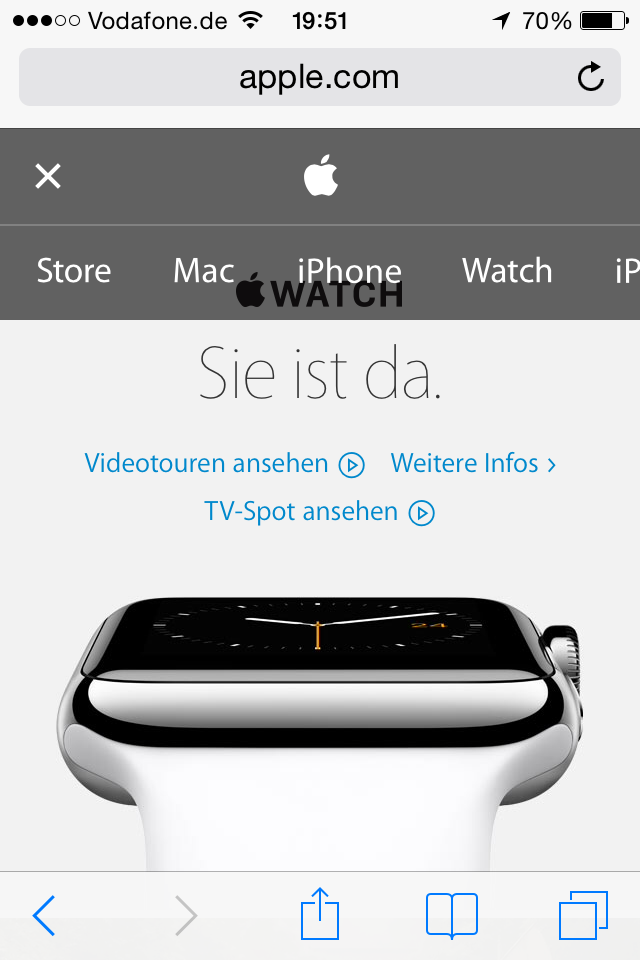 Markus also covered the topic user research and how you evaluate what users really want. He pointed out some questions that may be useful in interviews to use while doing field research. 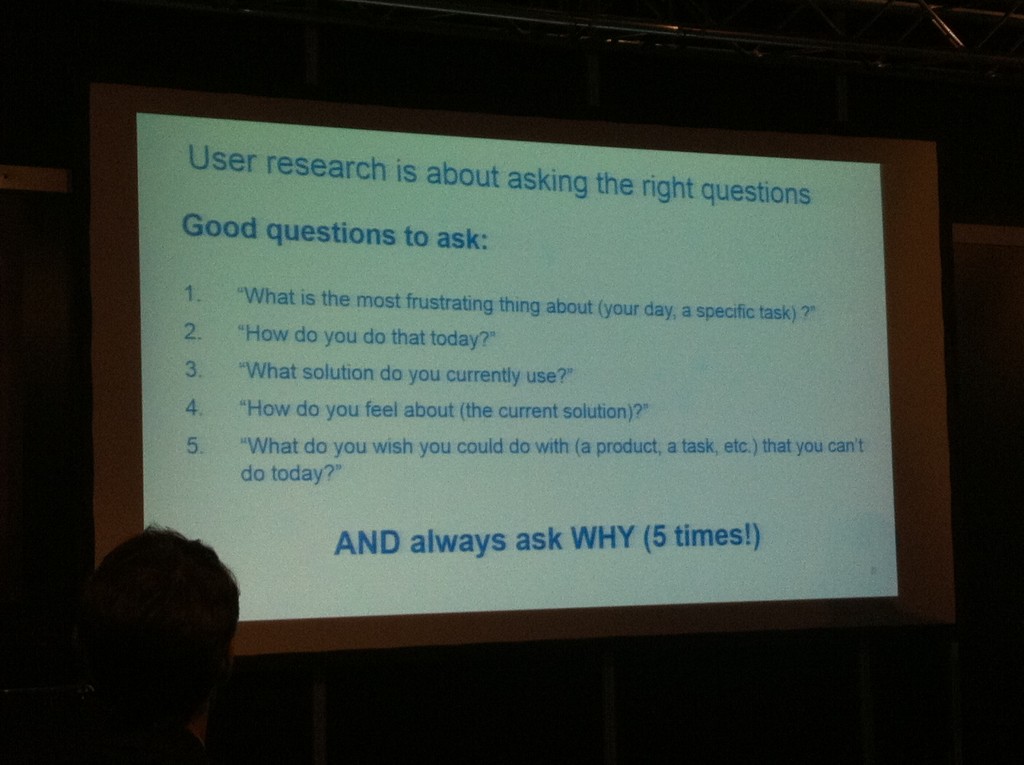 To test out how your designs come across you can also use a mobile app called Dscout. You choose whatever prototype/design you’d like to test, formulate some questions and then in return receive so called “snippets” (feedback) by the “scouts” (users).

I had the chance to catch up with Miri Rafman from Clicksmob. Clicksmob is a mobile performance advertising platform, which promises advertisers to deliver high-quality traffic and user acquisition. Clicksmob do not work with CPC or CPM but with CPA (Cost per action). They are very selective and closely monitor all traffic coming in from Affiliates/Publishers to eliminate those sources not matching their quality standards. CPA is becoming more relevant and actually tracking what actions users in the app perform. For Product Management that means embracing data and observing in-app interaction to find out where to invest in further for Marketing purposes but also taking this data and initiating review processes to optimize existing solutions and work on new features.