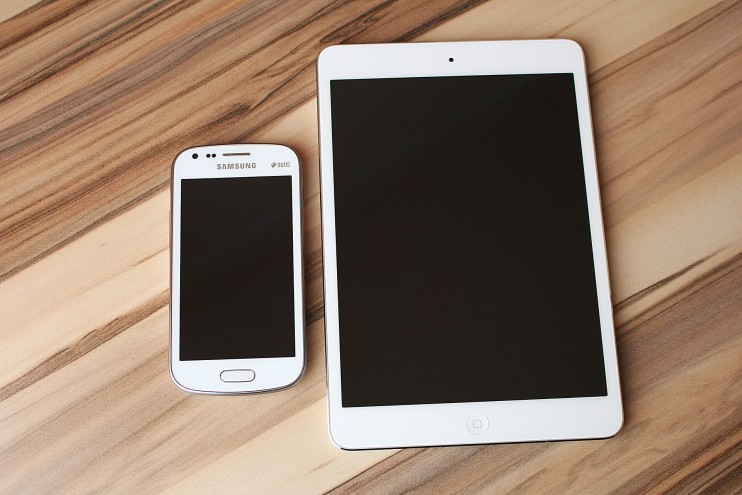 Last week Apps World made a stop in Berlin,Germany to showcase aspiring companies and deliver a conference filled with inspirational speeches, panels, a hackfest within the hall grounds and networking in between. Major players such as Disney, Microsoft and Intel were present as well as a number of StartUps and companies aiming to make an impact on the mobile market.
I’d like to tell you about my experience and what my learnings were when attending the two-day conference. This is not entirely focused on Product Management efforts but it might give you a nice overview about where the mobile market is moving and how Product Management can capitalize on current developments.

Three big topics dominated the discussions – big data and retention, companies going mobile and testing out new grounds as well as the need for market players to actually build something of value.

Trends and developments in the mobile market 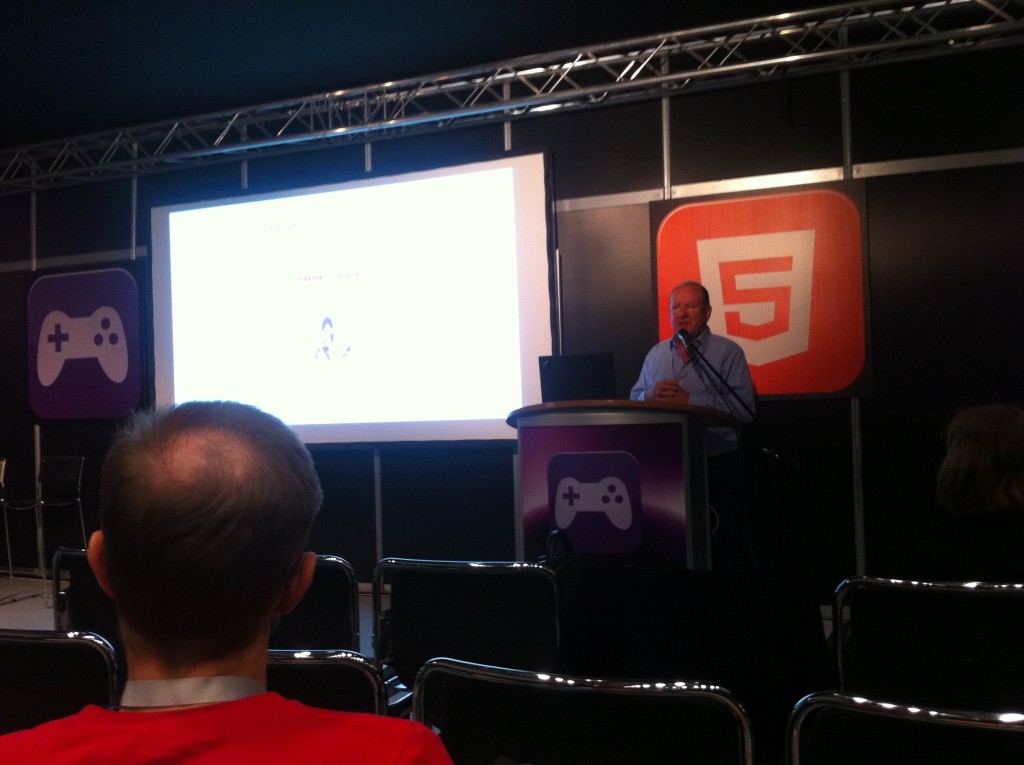 Ian Livingstone, founder of Gamesworkshop, kicked off the gaming app conference. He gave an overview about how the industry changed during his career and told stories about how Tomb Raider made an impact on the market. When listing the three most important components of a game he said “Gameplay, Gameplay, Gameplay”.

Nowadays Ian is investing in game companies including Midoki and projects such as the mobile game Plunder Pirates, which ranked up 7 million downloads. He stressed that making mobile games simple should be at the core. In terms of product management efforts and where to lead development this is true. For the players a very complex game can be demotivating and hard to figure out. Players relatively quick decide whether they like a game or not. “Flappy Bird” for instance, that game is so simple yet so addicting. With mobile games only the top 10 or 20 receive a large amount of publicity and transparency unless you have a big marketing budget behind your game to challenge the market.

In most parts of the world the mobile gaming market has significantly grown over the years, there is still new ground to conquer however according to Gabriel Hacker from King, Evgeni Kouris (Founder of toywheel.com) and Christopher Kassulke (CEO & Co Founder of HandyGames). African countries (e.g. Nigeria) and Brazil in particular are worth looking into but require preparation in terms of payment related topics for instance. China is also becoming a big factor in the planning of user acquisition initiatives by companies such as Goodgame studios, which highly focus on “Empire: Four Kingdoms” at the moment. For Gabriel from “King” the most important KPI is retention and added that when a game is not fun no one will come back to play it again.
The discussions of the panel also focused on Windows phone 8. It is still a blue ocean and the store for apps is not as crowded yet compared to iOS and Google play for example. That opens up opportunities for developers to step into that market and try to get a slice of it.

Push notifications was also a hot topic on panels and as part of speeches. A company called Accengage, which has Disney and KLM among their clients, have specialised in enabling companies to better understand the marketing power behind push notifications and monetise these, look at engagement, retention, conversion and acquisition as well as monitor all these in one dedicated CRM tool. 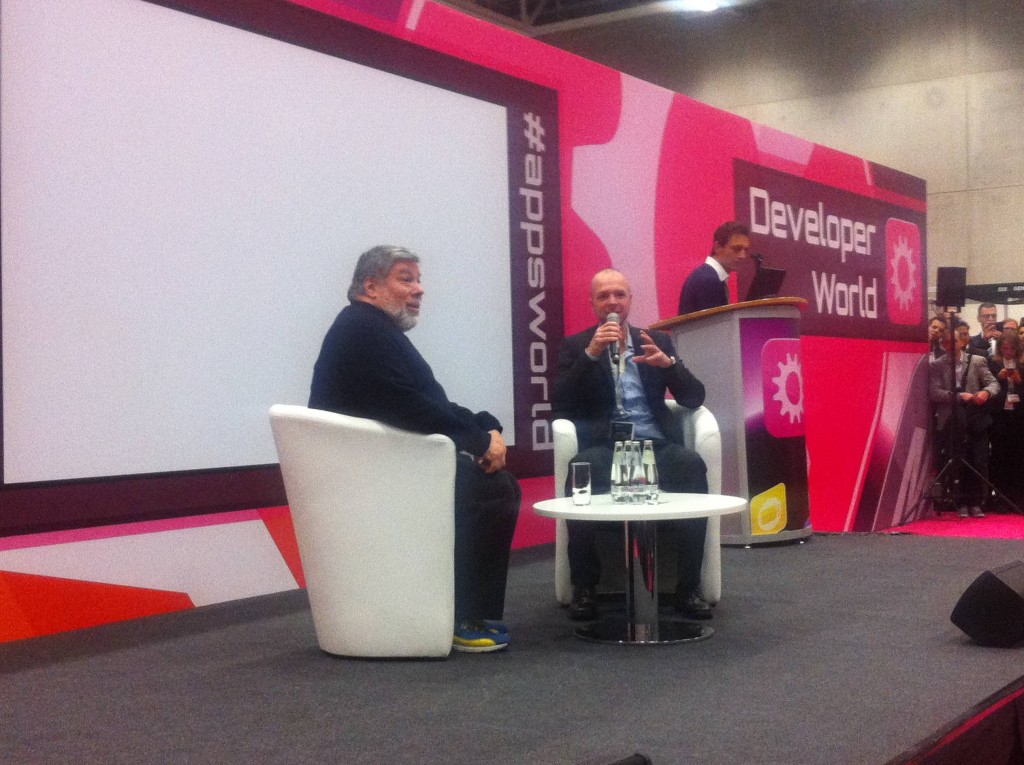 The designated highlight of the Apps world was Steve Wozniak participating in a fireside chat hosted by Patrick Beuth (Chief of Digital, ZEIT ONLINE). Approximately two hours before the chat people started gathering around the stage where he was set to appear. After a short delay The Woz entered the stage to talk about creativity and innovation.
He commented on where artificial intelligence is moving and what it will mean for us and how we will perceive technology. He regards the future to be scary and predicts that somewhere down the line machines and devices will take over complete control of our lives.

Steve used to teach young children back in the 80s and very much enjoyed giving back and enabling kids to learn how to handle a computer. He pointed out that education is the most important thing to get you somewhere in life. When he took up psychology classes through his college years he paid close attention to how child’s mind develops. A few years down the line he had his own children and gave computer labs to the local schools. He wanted to give back and that’s when he also decided he was going to teach kids. You can watch a short piece of his talk below where he is talking about that very experience working with children.

It was no surprise that the topic Steve Jobs came up as well. When asked how he managed to cope with Steve Job’s arrogance he responded that the two of them were very different. Woz wanted to create something special and not primarily for the money but Steve’s intentions were different. While Jobs didn’t have an engineer background and his understanding of hardware and software were limited, all he wanted was to have Wozniak build a computer that is easy and serves people such as Jobs. Steve Wozniak said he was a very impatient person. However when he returned to Apple he was different.

As part of a Q&A session after his interview someone from the audience asked what books he would recommend reading by which he responded that he would not recommend any particular one. Books are full of knowledge but all that knowledge is not automatically right for every individual. You may have a different mindset and what you as a human being need in order to reach your goals differentiates from someone that has a different background and varied goals. His father said to him that there are multiple paths and it is up to him to choose which way to go.

My report about Day 2 will be up in a few days. UX design investigations and trends, Disney’s transition to the mobile market and the realization that using tech to actually solve user problems rather than building kool shit were some of the highlights.

I had a talk with Incodra, a game development studio which is run by Darko Pavic and Lars Kreckau, about their games “Wicked World” and “Why does it spin”. Our discussions revolved around where the game market is headed and what fascinates players about a game. I got the chance to test “Wicked World” at the conference. You navigate a ball/tire through a nicely designed landscape and need to touch left and right exactly on the beat of the music playing in the background to avoid hitting the blocks standing in your way.